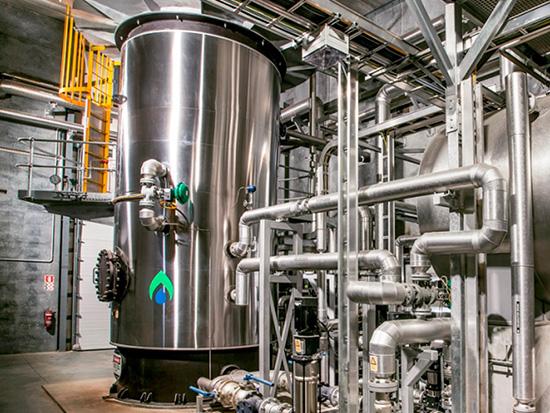 Synlait Milk has committed to reducing its environmental impact significantly over the next decade by targeting key areas of their value chain. Commissioning New Zealand’s first large scale electrode boiler in January 2019 to provide renewable process heat to the advanced dairy liquids facility in Dunsandel. A major step towards reducing GHGs by 50% off-farm by 2028 has been made with the commissioning of New Zealand’s first large scale electrode boiler in 2019. Synlait’s pledge to not build more coal infrastructure will also contribute, as will a commitment to address existing coal infrastructure.

“While we will address our coal infrastructure, we’re making a start now with an out-of-the-box energy solution for our new advanced dairy liquids facility in Dunsandel,” says Neil Betteridge, Synlait’s Director of Operations.

“Over a ten year period, the electrode boiler’s estimated emissions savings are roughly the same as emissions from 9,600 households. It’s a great alternative source of process heat – at commercial scale – to coal or diesel.”

“Installing New Zealand’s first large scale electrode boiler is breaking new ground. We’ve partnered with Orion and Energy Plant Solutions (EPS) to make it a reality and the support from the Energy Efficiency Conservation Authority (EECA) demonstrates the value of progress like this to the whole country” says Mr Betteridge. EPS, based in Palmerston North, are industrial boiler experts and have managed the build aspect of the project.